In a recent survey conducted in Italy, about 70 percent of respondents acknowledged that in increasingly dynamic labour markets, people will be changing jobs more often.  Yet, the survey also showed that safety and stability remain important values when it comes to work. So, is there a way to get the best of both worlds?

Private employment agencies have been offering such new forms of employment for more than 20 years in Italy. The temporary agency work sector has developed several solutions to increasingly bring more predictability into the flexibility they offer to their workers. But recent regulation adopted by the government is starting to negatively affect the industry’s role in the labour market.

In 2018, the Italian government adopted the “Dignity Decree”. Among the many provisions introduced, this legislation also features the reintroduction of the reasons for use, the reduction of the maximum length of assignments of agency workers at a company’s premises from 36 to 24 months, and the introduction of a 30% quota on the use of temporary workers at company level, combined with the number of workers directly hired with fixed-term contracts. These measures qualify as unjustified restrictions to agency work, which not only hamper the sector’s role in the labour market (about 50.000 Full Time Equivalents have already been lost  in the sector in less than  six months), but also breach the spirit and wording of the EU Directive on temporary agency work that came into force over a decade ago, providing a stable framework for agency work regulation across Europe. 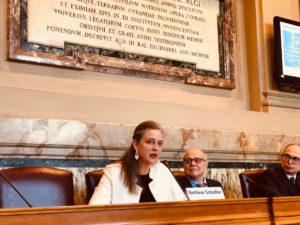 “Ultimately, this adverse regulatory framework penalizes the efficiency of labour markets and the overall competitiveness of the country,” says Bettina Schaller, President of the World Employment Confederation-Europe. The World Employment Confederation has developed a Smart Regulation Index which clearly correlates positively smart regulation of the private employment industry with well-functioning labour markets and overall competitiveness of a country. Up until 2017, Italy ranked second best in the Index. In 2018, it dropped to the 13th position.

“Diverse forms of work are a reality of today’s labour markets and will only increase in the future of work. The private employment industry has a role to play in enabling work opportunities, adaptation, security and prosperity. Policy makers thus would do well to embrace that reality and align regulatory frameworks to meet the requirements of today’s and tomorrow’s actors on the labour market.”, adds Schaller.

Adverse regulation on the private employment industry is often motivated by misconceptions that surround new forms of work. ASSOLAVORO, the Italian federation for private employment agencies, launched “Lavoro di valore”, a campaign to break some of those unfounded myths about agency work. “One of the main criticisms we often hear, explains Agostino Di Maio, is that agency work means an endless series of micro-contracts that are always different and not very qualified. To the contrary, workers who perform well are usually hired back by the user company when a new need arises. Companies have no interest in employing someone new if they have been satisfied the first time. It also often happens that a worker who has worked for a company is subsequently hired for a fixed or indefinite period by the company itself. Agency work can really open up access to stable contracts.”

Also largely unknown are the benefits that the sector has developed over the years to support its workers. “The worker has a contract which the employment agency which guarantees him access to a range of services, even when he is not employed at a user company. Ebi.Temp , for instance, provides a range of welfare benefits such as income support, maternity and childcare measures, small loans at zero or heavily subsidized rates, healthcare or reimbursement of transport costs. A similar body, Forma.Temp provides similar support with respect to training; allowing agency workers to broaden their skills during breaks in between missions and helping them to transition from one job opportunity to the next. Both organizations are bipartite bodies created by ASSOLAVORO and the trade unions of the sector in the late 1990s. 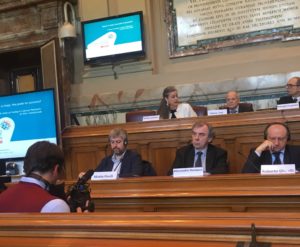 In Italy, 684 000 people found employment through agency work in 2017. In a country where the employment rate remains well below the EU average despite an overall favorable economic environment, it is an important contribution. Diverse forms of work are particularly important for young people – a key group looking to engage in the current and future labour market. For many, agency work is an important path to transition from education to the world of work; a stepping stone to gain first professional experience and to move into other forms of employment thereafter. Recent figures from ASSOLAVORO shows that in 2018, over 100,000 young people entered the world of work thanks to private employment agencies. After a year, 18% moved into a permanent contract; a higher proportion compared to young workers hired for the first time with a temporary contract without agency intermediation (13.6%), an intermittent contract (8.8%) or as bogus self-employed (8.6%).