In an increasingly diverse world of work, we need to ensure appropriate working conditions for any form of work – regardless of the contractual arrangement – in order to guarantee a fair job for all.

In its response to the public consultation, the World Employment Confederation-Europe reiterated the private employment services industry’s commitment to provide appropriate working conditions for diverse forms of work. While the EU Directive on temporary agency work provides appropriate protection for agency workers, the World Employment Confederation-Europe acknowledges that gaps may still exist, for instance linked to online talent platforms. These are however mainly due to incorrect classification at national level and a lack of enforcement of existing EU and national legislation and regulations to ensure social protection. Action to address this should be targeted and specific, and not aim to capture the diverse nature of platforms under one action.

The 2008 EU Directive on temporary agency work establishes the principle of equal treatment, meaning that, as a general rule, temporary agency workers are entitled to the same basic working and employment conditions as  workers recruited for the same job directly by the undertaking. However, some derogations may be allowed.

The Directive also obliges EU Member States to review the restrictions imposed on temporary agency work and test whether these are justified to protect temporary agency workers, for reasons of health and safety at work or to ensure the well-functioning of the labour market and prevent any abuse.

In 2019, the EU Directive on transparent and predictable working conditions defined new provisions to cover more of those workers who have adopted new forms of work. It requires certain information to be provided on the obligations for the employment relationship. The Directive is to be implemented by Member States before 2021.

The World Employment Confederation-Europe supported the general intentions of the Directive, while being critical of several provisions. A particularly sensitive point was to ensure more time for employers to provide information on the employment relationship. In this area, important improvements could be reached in the legislative procedure at EU level.

The World Employment Confederation-Europe supports some action at European level to achieve this important policy objective but questions the choice of a Directive as the most efficient instrument to cater for the variety between forms of work and labour market models in the EU. In a detailed position paper, the World Employment Confederation-Europe explains that appropriate working conditions and pay for agency workers are already secured via national law and collective labour agreements. The principle of equal treatment and equal pay is applied in all EU countries based on the Directive on temporary agency work and in many countries additional safety nets based on minimum wages for agency workers are already established.

An EU policy intervention in the area of minimum wages should strictly respect the principles of proportionality and subsidiarity, while also giving freedom to sectoral social partners to settle minimum wages. It should also take into account that in the agency work industry, a broad range of additional benefits are provided to agency workers based on social innovation, thus by offering new solutions for working, learning and social protection.

Should the topic of minimum wages be addressed at European level, the World Employment Confederation-Europe would recommend to discuss it via the European Semester process, possibly supported by a Council Recommendation defining a general European policy framework for minimum wages. 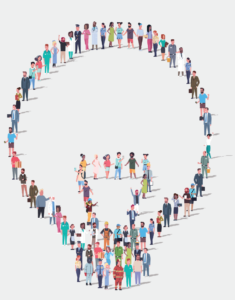 Social innovation practices related to working conditions in the agency work sector have been surveyed as part of a research project conducted by the Centre for European Policy Studies (CEPS) and the Catholic University of Leuven/HIVA, as part of the EU Sectoral Social Dialogue for temporary agency work.

The research draws up lessons learned from the implementation of these practices and analyses factors for upscaling and replicating them in other sectors. The World Employment Confederation-Europe and UNI-Europa also adopted joint recommendations as follow-up of this project to further foster social innovation in Europe.

For further examples of how the private employment industry is improving working conditions, visit our “Social Innovation Stories” database.

In February 2021, the World Employment Confederation-Europe provided input to the consultation organised by the European Commission as part of its process to address the issue of collective bargaining for the self-employed. The initiative seeks to ensure that working conditions can be improved through collective agreements not only for employees, but also for those self-employed who need protection.

WEC-Europe calls for fully recognising and valuing the benefits of diverse forms of work. Direct employment relationships, triangular work relationships and self-employment all fulfil important and complementary functions on the European labour market. It is important that people have clarity at national level on their employment status and are classified in the correct way, including the attached rights, obligations and freedoms. Acknowledging the important history, practice and regulation of collective bargaining rights by the EU Member States, including on issues of access, and given the diversity of these practices, WEC-Europe argues that the regulation of access by the self-employed should be left to the national level.

Temporary agency work and collective bargaining in the EU

Find out more about social dialogue in the agency work sector

Read more about how agency work is regulated in Europe