The finalists of the WEC Awards 2021 are known!

As we near the end of the year, we can’t help but being in a festive mood! The WEC Awards are coming back for a third season and our members have really gotten into competition mode. Find out which national federations are our finalists for this 2021 edition and block off your agenda to be with us on December 9 to discover who the winners are.

For the third year now, the World Employment Confederation is shining a light on its national federations that have particularly contributed to advancing the private employment services industry and enhancing labour markets.

Three categories are open for competition: “Leadership in Social Innovation”, “Outstanding Advocacy” and “Rising Federation”. This year’s finalists are really coming from all parts of the world, showing a good diversity of initiatives and reflecting the strong engagement of WEC members.

Here are the federations who made it to the final stage. The winners will be revealed during an online ceremony to be held on December 9th. The ceremony is reserved to WEC members. All details can be found out on the Members Area.

The World Employment Confederation is the voice of the employment industry and, in a changing world of work, the strength and influence of this voice must be compelling. This award recognises the critical importance of outstanding advocacy program, campaign or event that has delivered respect, understanding and real impact through stakeholder influence.

At the start of the coronavirus pandemic in March 2020, the UK Government introduced temporary measures to switch the process by which a right to work (RTW) check was conducted for an employee or temporary worker from in person to digital.

The REC advocated to extend the application of digital checks. Returning to face-to-face checks would have flown in the face of ongoing government guidance to “work from home where possible” and would have increased the health and safety risks to recruiters and candidates alike.

It would also have created a double standard in the UK recruitment industry. Overseas candidates would have been able to use an existing online checking service, whilst UK nationals would have been forced to return to lengthier and less efficient in person check.

Given the positive impact of this measure for the recruitment industry, the REC now actually intends to work to enable a fully digital, permanent solution to RTW checks.

In May 2020, legal action initiated by the union movement in Australia resulted in a Federal Court decision that brought the classification of many employees engaged as casuals into question. The decision created enormous uncertainty and liability – including financial – for employers of casual workers across Australia, including staffing agencies who employ some 360,000 casual workers. This decision was devastating at a time when many businesses were already struggling with the impacts of the COVID-19 pandemic upon their operation.

RCSA and its members advocated against this change, telling the real stories of the sector and the role it plays in getting people into work and supporting Australian businesses to grow. As a result, the campaign successfully supported the passage of a change to the legislation, providing a clear definition of casual employment that is workable for staffing agencies and thereby resolving the largest threat that had faced the industry in its history. 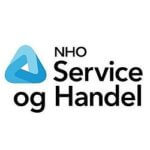 In Norway the temporary agency work industry came under great political pressure from left wing parties and trade unions, with several propositions put forward to restrict or ban the sector’s activities. As the country was approaching parliamentary elections in autumn 2021 and the left-wing parties seemed likely to take power, the industry decided to proactively engage with local politicians and change their perception of the temporary agency work sector.

NHO established an Ambassadors Programme, enrolling members’ representatives in all regions of the country. With a strong communication strategy and material support, the ambassadors engaged in the political debate at local level. Through this network, the sector could ensure a broader outreach than it would have, counting only on the national association’s staff. The work is proving impactful, given the changes observed in political programs and the political debate around temporary agency work.

In a changing world of work characterised by more volatility, uncertainty and diverse forms of work, the employment industry must come up with innovative solutions for working, learning and providing social protection for all. For federation members of the World Employment Confederation to genuinely lead in this changing world of work they must innovate with schemes and activities to empower people and companies.

This year, the Leadership in Social Innovation Award is sponsored by Coffreo, the leader in the digitalisation of the relationship with flex workers. Already a long-standing sponsor of World Employment Conferences, Coffreo further demonstrates its commitment to improving the experience of agency workers.

During the Covid crisis, Italian national federation Assolavoro, together with the trade unions, implemented a series of measures and tools aimed at ensuring continuity of income to agency workers and extending welfare benefits for them (healthcare, childcare, IT equipment, etc.). Through a sectoral Solidarity fund, over 310 million Euros have been disbursed in 2020 and an additional 30 million in the first 6 months of 2021. Thanks to the initiative, agency workers did not suffer any interruption of revenues, contrary to other categories of workers in Italy who had to wait for funding from the government.

In 2020, French federation Prism’emploi concluded various agreements in order to help people stay at work or develop new competences to adapt to the post-Covid labour market. Through this work, a quantitative and qualitative vision of the labour market in four employment areas impacted in a different way by the economic and health crisis could be developed. A benchmark of behavioral and digital skills taking into account the specificities of temporary employees was created and an enhanced digital support platform intended to equip temporary employees and employment agencies who support them in securing their careers was designed.

The World Employment Confederation derives its strength through the commitment of its federation members to leadership, continuous improvement and good governance. This award recognises the inspirational development of a national federation, over the past three years, such that the federation stands as a model for other confederation members, in its class, to admire and follow.

When a new management took the helm of Chile’s national federation in 2017, Agest had low visibility and was struggling financially. The new management established a clear roadmap to increase the level of activities and expand the membership. Over the course of 3 years, Agest increased its member base by 80%, stepping up from representing 88.000 workers in 2017 to representing 173.000 in 2020. With a much stronger representativeness of the industry, Agest raised its profile towards government agencies, public sector entities and supranational organizations. This also enabled Agest to improve its data collection processes and to become a reliable source of market intelligence for the industry in Chile. The federation also demonstrated great agility during the Covid-19 crisis, adapting its ways of working with members to better serve them.

Over the last 3 years, ACOSET has grown to become a recognised actor of labour markets in Colombia, being able to participate in regulatory processes. The association has strengthened its communication capacities to better inform its members and to position the sector effectively. With a committed leadership and a clear vision, ACOSET has improved the image of the sector as a reliable and formal source of flexible employment.

Over the years the private employment services industry has grown to provide a variety of labour market services. Its history dates back to the 19th century, but the industry truly ...

The World Employment Confederation represents national federations as well as workforce solutions companies from across the world.

To address the challenges that the structural shifts currently reshaping the world of work are creating, labour markets need to evolve to ensure that they remain open, inclusive and sustainable. ...

For the third year in a row, the World Employment Confederation will honour its National Federations. Three categories are open for competition: “Leadership in Social Innovation”, “Outstanding Advocacy” and “Rising ...

ABU for Leadership in Social Innovation; ISF for Outstanding Advocacy and NRF for Rising Federation: these are the winners of the WEC Awards 2020! And a special year called for ...

Federgon, ACHAZ and RCSA are the winners of the first Awards competition ever organized by the World Employment Confederation. The Awards Ceremony took place in the Gold Coast, Australia, on ...